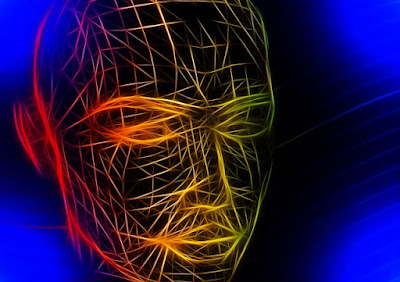 Question: What do you understand by window port and view port? Briefly describe the steps to transform an object from window port to view conversion.
Answer:
Window port:Window port is nothing but a rectangle area in the world defining the region to be displayed.

Window to viewport mapping is a process of transforming a two-dimensional world coordinate view to a particular device coordinates.The objects inside the clipped window are mapped or transformed into the viewport. The interface window on the screen displays the viewport.It is done by some formula which are derived from mathematical calculations using the coordinates of windowport and the viewport. A point at position (Xw,Yw) in the window is mapped into position (Xv,Yv) in the associated viewport to maintain the same relative placement in the viewport as in window. 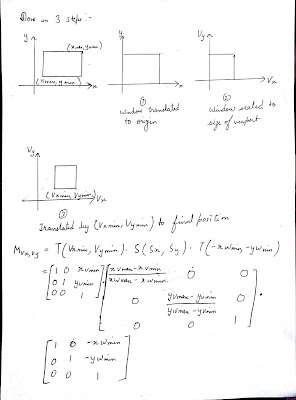 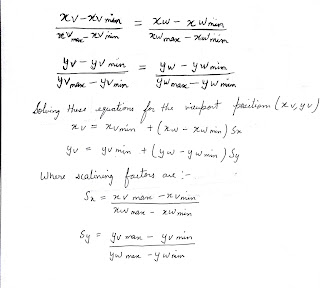 Answer: See answer in blog post on Problems on Transformations 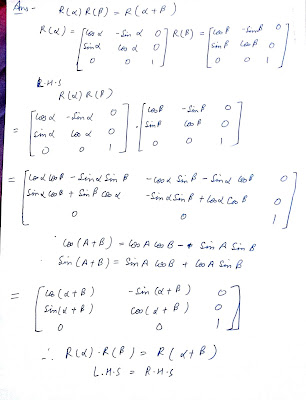 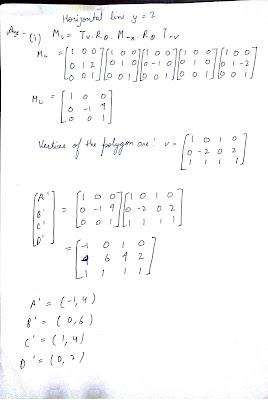 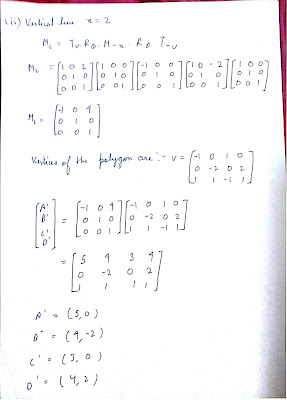 Answer: Vanishing Point: After projection in perspective projection, a certain set of parallel lines appear to meet at some point on the projection plane. These points are called vanishing points.

We can control the number of vanishing points(one, two or three) with an orientation of the projection plane.

Answer:
Primitive Instancing: In Primitive instancing, the modelling system defines a set of primitive 3D solid shapes that are relevant to the application area.
Primitive Instancing is often used for relatively complex objects, such as gears in bolts, that are tedious to define in terms of Boolean combinations of simpler objects.

Projection of a 3D object is defined by straight projection rays, called projectors emitted from a centre of projection, passing through each point of the object, and intersecting a projection plane to form the projection.

These are known as planar geometric projections because the projection is onto a plane rather than some curved surfaces.