What is a Black Swan Event? 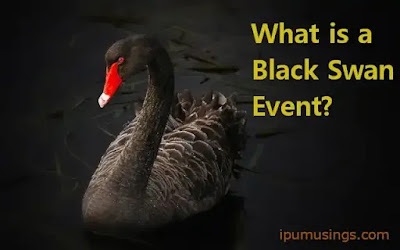 Question: The term 'Black Swan Event', often seen in the news, is related to

(a) the mass migration of black swan birds from the Arctic region to the Siberia.

(b) viral infections widespread that originated from birds affecting humans and other animals.

(c) an extremely rare unpredictable event that has severe consequences.


Correct answer is an option (c).

A black swan is an unpredictable event that is beyond what is normally expected of a situation and has potentially severe consequences. Black swan events are characterized by their extreme rarity and their severe impact. In general, this phrase is commonly used in the world of finance. It is an extremely negative event or occurrence that is nearly impossible to predict.

The term was popularized by Nassim Nicholas Taleb, a finance professor, writer, and former Wall Street trader. It is argued that because black swan events are not possible to predict due to their extreme rarity but have catastrophic consequences. It's vital for humans to usually expect a black swan event is a possibility, something it can be, and then plan accordingly.

It is assumed that if a broken system is allowed to fail, that means it to come with a negative connotation. But the system actually strengthens it against the catastrophe of future black swan events. For example, a stock market crash probably gives a positive opportunity to an investor. Conversely, a system that is propped up and insulated from risk ultimately becomes more vulnerable to catastrophic loss in the face of rare, unpredictable events.

A few notable examples of Black Swan Events are:

o The Asian financial crisis in 1997 was a series of currency devaluations that spread throughout several Asian markets, starting when Thailand unpegged the baht to the US dollar.

o The dot-com bubble of 2001 which led to the crash of several internet-based companies. At that time NASDAQ lost 78% of its valuation.

o Hyperinflation to the tune of 79.6 billion per cent in Zimbabwe in 2008.

o Recent Coronavirus outbreak and its impending effects on the global economy.