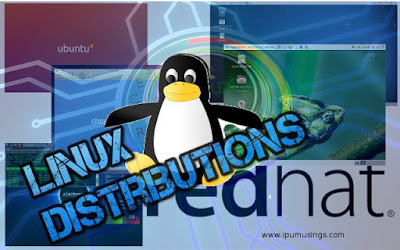 Distributions are versions of Linux containing pre-installed programs and a distinctive style and focus. A distribution takes the core of Linux and makes it into an entire operating system fit for daily use.

There exists a huge list of Linux distributions (or called distros). Some are general purpose (e.g. Mint, Ubuntu etc.) while some have specific purpose e.g. Kali Linux for hacking and penetration, Android for mobile devices.

Here is the list of popular LINUX distributions are:

Ubuntu:
Ubuntu is the most widely known distribution and is a great choice for the first time Linux user. It is a graphical user interface (GUI) is similar to Windows. It has a wide support of desktop based applications including graphics paint, sound editing and video editing software. It is available both as Desktop and server edition.

Debian GNU/LINUX:
Debian is a free operating system (OS) that uses the Linux kernel and provides more services than a pure OS: it comes with many packages, precompiled software bundled up in a nice format for easy installation on your machine. Debian is one of the oldest Linux distributions, being created in 1993.


Mint Linux:
Another popular version provides windows like features. It's an idea choice for Windows users who want to transition to Linux. It contains FOSS (Free and open source software) and proprietary software.

RedHat:
Red Hat Enterprise Linux is an enterprise platform well-suited for a broad range of applications across the IT infrastructure. It is commercially available to the enterprise and retail market.

Slackware:
Slackware is a free and open source Linux-based operating system. It was one of the earliest operating systems to be built on top of the Linux kernel. It has a simple Unix-like interface.

SuSE:
SUSE is the original provider of the enterprise Linux distribution and the most interoperable platform for mission-critical computing.

Android:
It is the smartphone phone OS which is actually a Linux variant.

Chrome OS:
It is another mobile-type OS developed by Google for its lightweight laptops called Chromebooks.

There are huge variants of Linux available. Perhaps it is a widely suited choice for embedded devices.