Linux Partitions (Q and A) 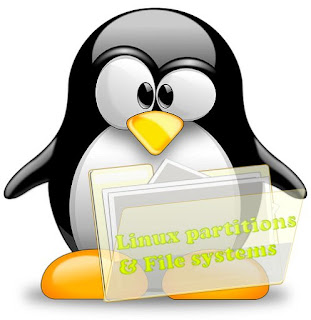 Question:
(a) What are disk partitions?

(b) Which Linux process setup the root partition of a hard disk?

(d) What is the rule of thumb for setting the size of swap partition?

(e) What is a filesystem?

(f) What is namespace in perspective to file systems? Give an example.

(a) Disk Partitions: Hard disk is divided into sections or storage areas which allows programs and data to be stored separately. Or various partitions can reside multiple operating systems on a single disk.

(b) The root partition '/' is made ready during booting by mount process.

/swap - used as extra memory by working files and applications


(d) The size of swap partition is roughly the double the size of computer's RAM.


(e) A filesystem is a hierarchical storage of data adhering to a specific structure. A filesystem contains files, directories, and associated control information.Typical operations performed on filesystems are creation, deletion, and mounting.


(f) In Unix or Linux, filesystems are mounted at a specific mount point in a global hierarchy known as a namespace. all mounted filesystems to appear as entries in a single tree.
e.g. In linux, all external USB drives mount at /media namespace.


(g) The Virtual Filesystem (also called Virtual File Switch or VFS) is the subsystem of the kernel file and interfaces provided to user-space programs. All programs use linux system calls to read and write to various types of file systems or media using VFS interface.