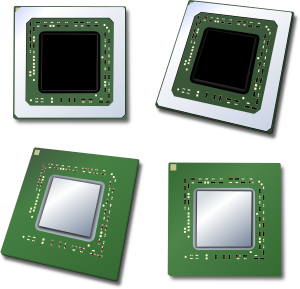 Q: What is Computer Architecture?

Answer: Computer architecture is the design of computer systems, including all of their major subsystems including the CPU and the memory and I/O systems.

The list of instructions is called computer program and the internal storage is called computer memory. Digital computer varies widely in terms of size, cost and computing power. The most common computer is 'personal computer' which are commonly used in schools, offices, homes etc. Other types of digital computers are include are scientific and engineering workstations, which include high-performance graphics hardware to support applications like CAD and data visualization,
There are handheld computers such as palmtops, PDAs and smart devices which are designed to be easily carried or even worn by us.

A large and very powerful computer system exist that are called 'enterprise systems' and servers at the low end of the range and super computers at the high end. Servers contain sizable database, storage units and are capable of handling large volumes of requests to access data. Servers are widely used in education and business purposes. 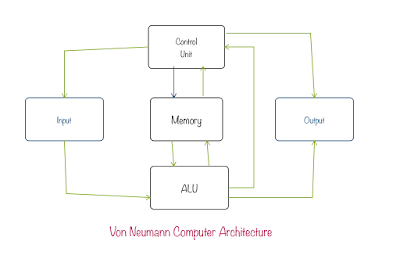 It was the first modern design based on program concept developed by Babbage. It lays down the basic organization of modern computer designs. It consists of input and output systems and a single memory system. The memory system is used to store program instructions as well as data.

According Von Neumann Computer Architecture to arithmetic Logic Unit (ALU) and control unit (CU) forms the key components of CPU. The original objective of Neumann machine was to solve numerical and scientific computations but it has been widely adapted to business purposes like word processing. 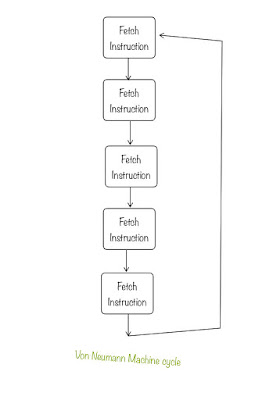 Q: What is the bottleneck of von Neumann machines? Name any architecture