The Modern Rules Of Food Biotechnology 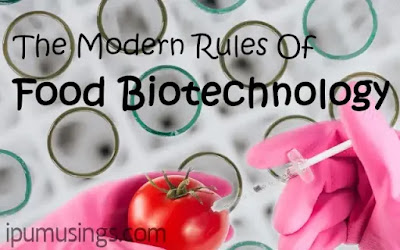 Here, the desired values may be cheaper, long-lasting food, fungal resistant food, and moreover having the best nutritional values in it.

There are various techniques both primitive and modern ones that are majorly used in this technology namely:

These are of great use in food biotechnology and boosting food industry as follows:

It is a modern technique used to produce desired animals and plants by mating or hybridizing two different species, breeds or varieties. It has got a major role in food biotechnology because it has given some best examples to prove its advantages. Here some of the examples are mentioned below:

1)Red celery:
It’s a new breed of celery that is more disease resistant, that tastes good than the green celery.

2)Ever mild sweet onion:
It’s a new breed of onions that has low pungency smell, yellowish which tastes a little different from the primitive onions.

3) Cow breeding is the most important and common one. There are various breeds of cattle namely: milk breeds, Dual-purpose breeds, Draught breeds,. And here are a few examples of cow breeding: Milch- jersey, Holstein Friesen, Red Sindhi. The purpose of cow breeding was to have better milk with more enriched nutritional values.

Now, making the food that we consume, available to every corner of the world some important and safety measures are taken for the betterment, so that there is not any kind of negligence that could harm in any form to the humans and animals. Here, we will discuss in-depth about the food processing involved in the food industry which is the initial step in making our food consumable.

Food processing is somewhat making use of various unit operations and technologies in such a manner to convert bulky perishable and inedible raw materials into the form which is easily consumable to humans. Processing also contributes towards food security which involves less wastage of food material. It is also important because food processing makes the food more nutritious and consumable. Biotechnology makes great use of it in food processing by using microbial inoculants to add further aroma, taste, nutritional value and shelf life.

There are 3 levels in which the food processing can be compiled namely: 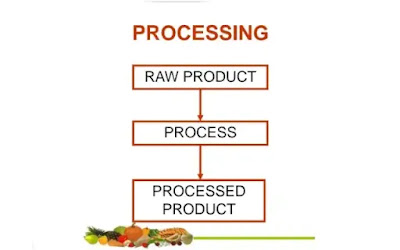 The conventional food processing technology is somewhat which is used almost in every aspect of the food industry like drying, salting, fermentation, roasting, frying, smoking. Low-income economies are more likely to develop these methods of food processing

Here we will explain some of the conventional methods of food processing briefly:

FERMENTATION:
Food fermentation is a technology that makes use of the growth and metabolic activity of microorganisms for the complete transformation of raw materials into edible materials. More specifically, fermentation is the process of converting carbohydrates to alcohol or using microorganisms namely yeast or bacteria under anaerobic conditions. During food fermentation, the growth of pathogens is controlled by the fermenting organisms, which extends the shelf life of the perishable product. For example, in lactic acid fermentation, lactic acid bacteria synthesize metabolites such as lactic acid, acetic acid, carbon dioxide, ethanol, hydrogen peroxide and antimicrobial peptides.

Fermentation plays a major role also in imparting taste, colour, aroma and nutritional values to the edible food. Therefore, the fermentation process can be divided into mainly 3 categories:

Here we will give some examples of types of fermentation:

In industrial use, the fermentation process is carried out in bioreactors which are operated in batch, semi-batch and continuous mode. 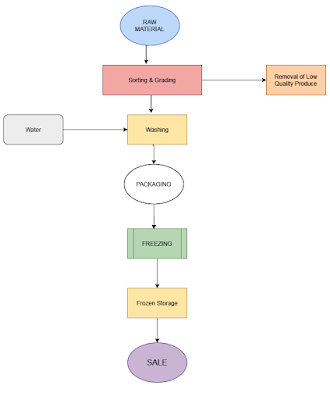 As we know that processing is that part of the food industry which on being applied makes some changes in the food consumable physically, chemically or biologically but with this, the view which must be considered important is the best quality food available to the consumers.

Now, this process is very beneficial as it is an ancient process used to preserve foods, in this a stream of hot air is passed removing all the moisture present in it by the evaporation. It also has some cons like the quality of a dried product is degraded than that of the original product. In this process, the solvent mainly water and the suspension medium is crystallized at a low temperature and thereafter sublimated from the solid-state directly into the vapour phase.