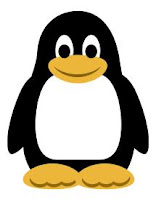 Q1: Write a shell program which informs as soon as a specified user whose name is given along the command line is logged into tile system.

Q2: What is kernel? Illustrate it's functioning in Unix environment.

Q3: Can windows and Unix machine interact via network? Suggest a
mechanism

Q4: Write your views on what makes linux so popular.

Q6: What is a process? How can we create a process? Discuss the difference in between fork( ) and vfork( ).

Q7: When do you require named and nameless pipes? What will be difficulties if we want to use pipes for client/server applications?

Q9: Write a program to simulate sleep and wake up behaviors among two process.

Q10: What are semaphores? Are semaphores available even after 'me' process which when created is dead?

Q12: What are sockets? Design a client/server model in which client sends an integer value to the server. Server calculates its square and return it to the client.

Q13*: Define the term "Code inspection". How will you instrument a code by adding few more lines to gather more information about the behaviour of program.

Q15: What is multiprocessing? Explain symmetric multi processing in detail.

Q17: Write a program which takes a fIle name along the command line and prints Its size

Q18: What are system calls?

Q19: How will you add and delete a new user in Linux?

Q20: Which two commands can you use to delete directories?

Q21: Write a shell script which displays names of directories in PATH in one line each.

Q22: What is pipe? When do you require nameless pipe?

Q23: What do you understand by connection oriented and connectionless communication?

Q26: What is the difference between Message Queue and pipes?

Q27: What are the various steps involved in Kemel recompilation?

Q31: Write a shell program to print all files that have read permission only.

Q32: Explain the virtual address space for a process.

Q33: Write shell command for the following:
(i) To add the contents of one file to another.
(ii) To print the last 5 lines from a file.

Q34: Write a shell program to accept any 3 numbers from the command line and print the largest number.

Q37: Explain the advantages and disadvantages of dynamic memory allocation in the Kernel segment.