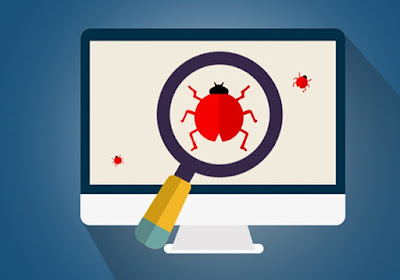 CHALLENGES INVOLVED IN TESTING INTERNET APPLICATIONS
An Internet Application has many failure points that must be considered. The following are the challenges associated with the testing of Internet-based applications:

Developing a testing strategy for Internet-based applications requires a solid understanding of each of the hardware and software components that make up the application. Some strategies that are applied to each tier are:


Question 2: What is Object-Oriented Testing ? How is it difficult from simple testing and GUI testing? Explain various issues involved in it with examples.

Answer:
In Object Oriented (OO) paradigm,  objects and services provided by each object are specified. It focuses on objects that  are instances of classes. Object Oriented Testing can be used to test the object-oriented software as well as conventional software.

Unit Testing:  In this, individual classes are tested. It checks and verifies whether the members or the attributes of a class are as per the design or not and if the methods of a class are executing without any error or not.

Sub-System Testing: It involves testing the associations within the system and interacting the sub-system modules to the outside environment.

System Testing: It involves the techniques of testing the system as a whole and uses the system tests as regression tests when assembling new releases.

Testing in OO context must address the basics of testing a base class and the code that uses the base class. Factors that affect testing are :
1. Inheritance
2. Dynamic Binding