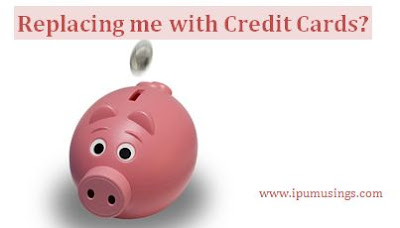 9/11.
N ine-Eleven date! Whether it was September 11 or November 9, it had a blast, latest reported in India in 2016. Prime Minister of India, Modi ji, has delivered a speech on 8th November, 2016 in the evening. The speech was meant to have a huge impact on India, with a great effect. Well, so it did. It really did have an impact on Indian Economy, can't say a good one or a bad one. The idea and the thought behind the guidelines and the declarations made by the BJP Government were really appreciated by all. Everyone wants to have a better India, and so the idea of a country with free corruption, no black money, no frauds and no fake currency, was favoured by almost every well wisher and every true Indian. Only the criticism done by the people, by the opposition parties, was on the methodology and on the implementation. And this is where the topic revolves around.

From 9th November to 30th December, 2016, people needed to convert their money in the white form, needed to prove themselves that they were not into black frauds and deposited their amounts to their bank accounts within that time limit. Later, in some cases, RBI could be used for the deposits by going through certain procedures, that too under some deadline dates, and those who have not managed till 30th December, 2016, can use these services, as per the directions laid by the BJP Govt. As simple as it sounds, more complex it works for the ordinary, honest people. Working in government banks is no longer a relaxing job as it was used to be. Employees had to deal with multiple forms, their timings were increased, workload became heavier, and their salaries, again, ironically, taking a step towards Economy of India, but raise in salaries to a satisfactory level is still a dream, to be laughed upon right now.

Opposition parties, especially the rallies by the AAP party, were conducted, mentioning and highlighting the problems faced by the common people of India. People expressed their views and showed and stated the difficulties, the consequences, by raising their voice against the idea of demonetisation through media.

Queues in front of banks became longer day-by-day, argues in front of banks and ATMs had become a common scene for the society. Passing time in long queues or knitting sweaters in the standing queue, or trying to test their patience in the long wait or discovering a new hobby while waiting for hours and fighting for their chance, was not likely to be a new passion or a nice adoption people wanted to inhabit with. If that was a really good utilisation of time, no suicide, no health issues, no cries, no quarrelling issues would have been registered or reported.

Modiji says that it was a step for unity and honesty among people. It is a respectable comment. A sarcasm could be added by pondering upon: does an early version of Mahatma Gandhi's notes of Rs. 500 and Rs. 1000, were not enough to show the honesty, unity, federalism, secularism etc. Changing statements on the issue has also created a new issue for discussion. The value of time and money goes hand in hand, neither of them should be wasted. And as being in a modern era, high impacting ideas is the need of the hour, but the right implementation of channelizing these policies is what that matters.

It's better to show the implementation and a demo of demonetisation first, through inspiring people to show unity and to work for the betterment of the nation. This could be done by releasing the white-paper proves and money investments and budget policies to the common people by using vast-media services. The economy distribution, the Swiss bank investments and some major expenses made by the inspirational figures and influential people of the country, could be shown to the public. Better than advertising of PayTM, it could be better to show the advertisements to the common people first about the "honest" living of major leaders, and stating their clearance of bank statements. Through this inspiration, further steps in releasing out of the pain suffered by people, especially, the poor ones, could have been benefited. Needy ones want to live a better daily life than to lead the desired life going through the daily sufferings of food, shelter and money. Workers and labourers who were living or rather surviving on daily wages were paying their lives for cries. Several small businesses got packed up. Many large companies had to adjust and had gone through a less profitable than before. Frauds were caught, but that didn't affect any circumstantial change in the poor and needy ones.

There are a lot of supporters that keep on motivating for the good impression of the government and keep on stating the beneficial points lead by the BJP party. Decisions are meant for the people and by the people. Favouring the cashless economy is indeed a good step for handling and recording transactions electronically for further use. Using MyAirtel Apps, PayTM, JioMoney etc, have been popularised and have been used widely now. Easy and quick money can be exchanged through these. But the controlling of currency with the help of software programs is again a challenge. Hackers and crackers, intruders are all around. Safety of credential and personal information sharing is another issue of misuse. More policies awaiting. A better implementation is welcomed by the society.


Modifying the economy of India or making the Economy of India modifying India, is to be decided. 50 days of the struggle has been recorded in India's history. It's success or failure rate would be seen in the future. Everything happens for good. Hope this works well too.

Posted by Madhurima Handa at 22:22