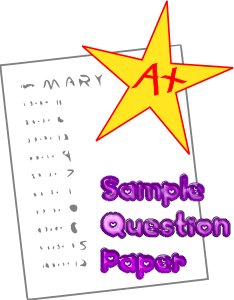 (b) What is ambiguity? How it is removed?

(c) Define recursive enumerable language. What are its different properties?


Question 2:
(a) Briefly explain Chomsky Classification of languages with examples.
(b) Draw a DFA for all strings over [0,1] consisting of even no. of 0's and even no. of 1's

(b) What is PDA? Construct a PDA accepting the set of all strings over [a,b] with equal nunber of a's and b's


Question 5:
(a) What are different closure properties of CFL? Explain with an example.
(b) State pumping Lemma for CFL. Provide an example to understand.

Question 6:
(a) State and prove Halting Problem.
(b) What is Turing Machine? What are its different variants? Explain.

Email ThisBlogThis!Share to TwitterShare to FacebookShare to Pinterest
Labels: BTech-Sem4, Theory Of Computation