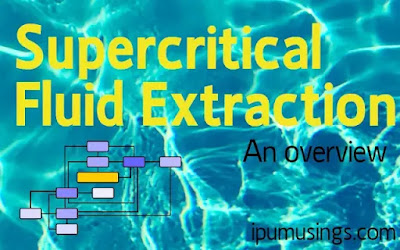 If one is to explain extraction in plain-vanilla terms it would be, The process of separation of an analyte from the sample matrix is called Extraction.

So what is a sample matrix? As a generic term, we use a sample matrix to describe everything present in the sample except for the analyte of our interest.

And what does analyte stand for? The analyte is any chemical species we need for analysis. The process of extraction plays a very significant role in chemical analysis.

One of the widely used methods of extraction called the Solvent extraction utilizes the principle of selective solubility to its aid. The process entails the sample matrix being dispersed in a solvent that the analyte is highly soluble in. The solvent dissolves the analyte out of the matrix. Our analyte is then recovered from the solvent in whatever desired form we require. 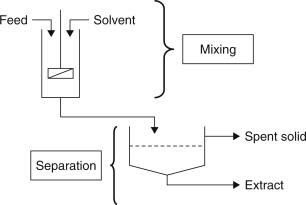 Why the need for a substitute?

An ideal extraction method is one that is simple, rapid, and inexpensive to perform; yields quantitatively suitable amounts of target analytes and generates no additional waste. While one cannot deny that the use of organic solvents in extraction is very simple and convenient, one that results in a high yield, these solvents frequently fail to meet other goals. First, that the solvent will also dissolve unwanted pyrolysis products, matrix materials, and other substances, some of which may stand in the way of the subsequent analysis and second, that evaporation of the solvent may also cause evaporation of some of the volatile components of the accelerant residues. They often require several hours to perform and are truly perilous to the environment. The studies about the hazardous nature of these solvents, the costs, and the dangers of waste solvent disposal have raised concerns about the need for alternative sample extraction methods.

How do Supercritical Fluids (SCF) come into the equation?

The low viscosity, negligible surface tension, and high diffusive power of this class of fluids make it an excellent alternative to the traditional solvents. Moreover, the solvent power of supercritical fluids can be modulated very easily by modulating the temperature and pressure conditions which increases the degree of selectivity. While supercritical CO₂ is the most popular supercritical solvent so far (Easily available, highly inexpensive, non-toxic, and non-explosive) the development of other supercritical solvents is still under the wraps.

Although supercritical fluids cannot match the traditional solvents like methanol, ethanol, and acetone in their solvating power, a comparison of several other characteristics demonstrates the potential for the SFE approach.

Because of high diffusive powers and low viscosity, the SCFs have better mass transfer characteristics which in turn betters the rate of extraction.

● The solvent strength of SCFs can be controlled easily.

Supercritical C02 and N20 have relatively low critical temperatures which make it possible for the SFE to be performed at low temperatures and obtain thermally stable products.

● SCFs are inert, non-toxic, and inexpensive in nature.

The applications of SFE encompass the extraction of hop constituents, decaffeination of tea and coffee, extraction of spices for production of oleoresins, extraction of essential and seed oil, and extraction of pharmaceutical compounds like Artemisinin (antimalarial drug), Hyperforin (antidepressant drug) and sterols from various matters. Pesticides and insecticide are widely diffused in fruits and vegetables; and if extracted by SFE could be used in biological agriculture. They are also used for the separation of ethanol from water, separation of aromas from various alcoholic beverages, separation of components from citrus oils, and for purification of the tocopherols.

No doubt many simple and swift liquid solvent extraction techniques exist. However, the extraction of many specimens using liquid solvents requires tiresomely long periods and clumsy apparatus. For such samples, SFE can have profound advantages.

The use of SCFs eliminates the generation of large magnitudes of waste solvents and simplifies the concentration of the extracted analytes. Even though SCF technology is still in its youth their scope is indeed developing beyond the stage of laboratory curiosity and one remains hopeful of an agreeable future.

Pragya Palak is pursuing her chemical engineering from Guru Gobind Singh Indraprastha University, Delhi. She wants to do research in Nanotechnology and energy sector.
👉See Also:
Supercritical Fluids - An Overview
Posted by www.eduvictors.in at 08:25