Cystic Fibrosis and The Precision Medicine 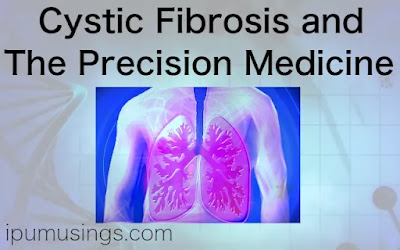 To provide people with the best treatment possible, researchers work day and night. Several practitioners of precision medicine (Personalized Medicine) are working to treat patients with genetic disorders as part of Precision Medicine. They can tailor therapies for these patients based on their genotype. In this article, we discuss one such genetic disorder.

Cystic Fibrosis is a rare, life-threatening disease that impacts less than 1 million people per year in India. This chronic disease develops due to genetic mutations on the chromosome responsible for encoding the protein known as CFTR. It primarily affects exocrine tissues.

Our body is a complex structure that works on the genetic coding engineered in us. The task of genes is not limited to deciding our hair/ eye colour. It goes way beyond it. Our genes are responsible for telling our cells how to make proteins that do most of the work. The CF gene is responsible for the protein called CFTR, i.e., Cystic Fibrosis Transmembrane Conductance Regulator. It can be found on the surface of several organs such as the lungs, liver, pancreas, and others. They are channels that have gates that let chloride ions in and out of the cell. These ions are responsible for maintaining the balance of salt and water in the cells so that the mucus remains thin and watery. If the CFTR ion channel fails, the body's exocrine secretion produces thick, hyper viscous mucus, causing damage to organs involved in secretion. In turn, this contributes to the development of chronic infection and respiratory parenchyma. In simpler terms, this affects the cells that work to produce digestive juices, mucus and sweat. During the past 25 years following the discovery of this genetic disease in 1988, survival rates have increased dramatically. As time progresses, the researchers plan on providing more precise treatment where they directly target the defective area rather than prescribing symptom-based care.

CFTR variants may have pleiotropic effects, which can make drug selection difficult. In addition, this issue delays the availability of new CFTR modulators for patients suffering from uncommon variants for which treatments have not yet gained FDA approval.

Previously, the usual management of CF was by reducing the risk of infections and improving lifestyle changes. The doctors worked on curing the symptoms of the disease by taking antibiotics and other medications for the thinning of the mucus. When situations used to get out of hand, a double lung transplant was the only available option left.

After the advent of Precision Medicine, the cure of various diseases that can be marked using our genotype has become possible. Because of the advancement of medications known as modulators, more people with cystic fibrosis are benefiting from this sort of therapy. As of now, there have been 4 FDA approved medicines for cystic fibrosis.

Since CFTR modulators are target specific, the treatment procedure generally varies from patient to patient. Emphasis should be placed on the fact that these modulators do not fully restore the chloride flow but are responsible for maintaining the flow enough to relieve the patient of CF symptoms.

Cystic Fibrosis has different types due to different mutations in the gene; therefore, not all medications work for everyone.

The drugs used as CFTR modulators are as follows:

The doctors prescribe the drugs mentioned above after understanding the patient's mutation type. Despite being precise about the type of mutations, the drugs sometimes don't work for patients because of differences in their genotypes.

There is research going on where gene therapy is being used to make a normal and healthy compy of CFTR to replace them into the lungs. There are also some papers written on using Personalized Medicine for the treatment of Cystic Fibrosis. The method used here is called "Theratyping". It means to match the therapy and medications specific to the type of mutations the person has.

All the drugs mentioned are a very new addition to the treatment of Cystic Fibrosis. Patients who suffer from this disease are often misdiagnosed with asthma resulting in improper treatment. With the developing times and changes in the treatment system, we hope to save more and more people in the future.

Ridhi Bhat, a graduate student of the University School of Chemical Technology, GGSIP University, Delhi. She is pursuing her degree in Biochemical engineering.

📌  DNA and its Applications in Nano-Biotechnology
📌  Role of Nanobiotechnology in Biopharmaceuticals
📌  Precision Medicine: New Era of Healthcare
Posted by www.eduvictors.in at 03:37