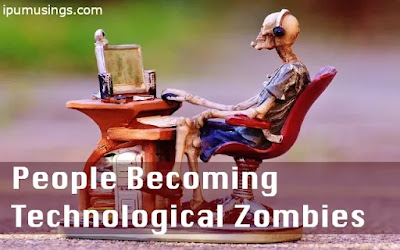 The world is continuously altering and so is the living standard of people too change accordingly. Throughout time, humans have always sought better ways to accommodate themselves with the newer world by using their knowledge to fulfil their dynamic needs. These advancements in terms of human knowledge on par with the application of scientific principles are termed 'Technology'.

Technology as a convenience

Technological advancements have hastily and unarguably made a great influence in functioning of the society. In fact, the invention of technological tools have brought benefits to many over the last several years. Building infrastructures have become matter of months, communicating with people from one country to another or even in space is as simple as direct conversation with next neighbour, transportation facilities have improved drastically in last few decades to embark the power of science as a convenience. The biggest boom of technology "Discovery of the Internet" is a topic of interest. As it has paved the way for instant access to digitally stored informations. It has also helped in establishing almost everything virtually like Ecommerce platforms for online purchase of daily need items, virtual classrooms have replaced real classrooms etc. Thereby increasing humans productivity to utmost level.

Technology as an addiction

Since Technology proved to be the most successful outcome of science but it too impacted society in a negative manner. In effect, technology has become a drug in the society bringing addiction to individuals who got trapped into it. Many people have become obsessed with technology and closer to becoming slaves of the screen. Nowadays, most people cannot even last a day without using a technological device like a laptop, television, smartphone etc. Based on a report published in 2019, 4.4 billion people are internet users worldwide resulting from an increase of 9% from the previous year, while number of social media users worldwide is 3.5 billion with a 9% increase compared from the previous year, and 5.1 billion people are mobile users with an increase of 2% from the previous year. The number of people in the given data indicate the need for the use of digital technology in the modern era, however, one of the primary disadvantages has instigated a loss of direct contact among people. Most people have become lumpish given that there is less exposure to any outdoor activities and become prone to illness because of this changing attitude. It is undeniable that technology is taking control over people's lives as an addiction. As a result, creative thinking skills have weakened because of the reliance to digital access.

At last, several positive outcomes can be seen due to technological advancements but disadvantages too coexist with it. Thus, people must be self-reliant and understand the correct need for technology without becoming "Technological Zombies".