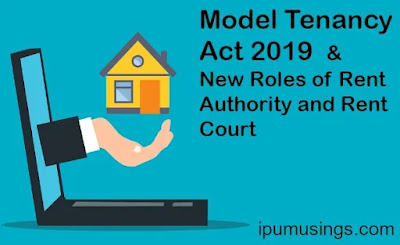 Food, Clothing and Shelter are fundamentals needs of life. However, the rapid pace of urbanisation in many parts of the world has resulted in a severe shortage of housing. A person with low income or insufficient savings allows him to seek the option of rental housing. In spite of the government’s prime consideration to affordable housing, many poor households live in congested conditions, which indicates that housing is unaffordable for a large section of the population, be it ownership or rental.

The Model Tenancy Act, 2020 aims at getting rid of conflict of interests between tenants and landlords by addressing some of the major conflicting issues between the parties by bringing about some few important changes which occurred primarily due to the trust issues between landlords and tenants, low rental yields and lengthy dispute resolution mechanisms. The concept of the Rent Control Act was established in 1948. It is a set of rules that regulate the rental properties' rules and ensures that the rights of the tenants are not exploited by the landlords. The previous Act has harmed the real estate market in some areas. Many properties that were let out after 1948, were still paying the same amount of rent since 1948, disregarding inflation and increased property valuations.

The preamble of MTA states, “An Act to determine Rent Authority to manage to rent of premises and to guard the interests of landlords and tenants and to supply speedy adjudication mechanism for resolution of disputes and matters connected therewith or incidental thereto.” The government aimed to bring rent housing for both commercial and housing property under the purview formal market via this act. Also, by the establishment of the rent authority, petty disputes would be minimised. This act comprises 47 sections further divided into eight chapters including two schedules. The 1st schedule consists of the shape for information of tenancy and schedule II contains obligations of the Landlords and Tenants. 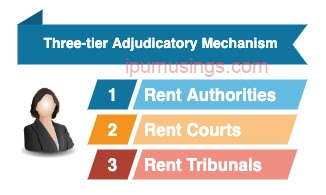 It should also be noted that rent control is a state list subject that enables the state government to formulate the laws on this subject by either adopting it or by coming up with legislation based on the model law.

Further, the provisions of the act mandate a written agreement between the landowner and the tenant.

This implies a hard and fast rent and duration of tenancy which can be supported mutual agreement by agreement. There is also a provision for an adequate notice period for making a hike in rentals as this will ensure that landlords extract market price their properties at the same instance enough time is there with the tenant to form arrangements. The Act provides for a cap on the security deposit, which for a residential property will be a maximum of two months’ rent as an advance security deposit, and for commercial property, it can be a maximum of six months’ rent. As per the act, if the tenant fails to vacate the rental premises following the rental agreement, then he will be liable to pay the twice-monthly rental for the first two months than fourfold the next month’s till he continues. There is a specific provision that states if there is any lapse on the part of the landlord to provide the refund on time then he will be liable to pay simple interest as may be applicable.

Rent Authority are the primary adjudicating authority to listen to about the dispute between the owner and tenant. If any party is dissatisfied with the order of the Rent Authority, then they'll approach ‘Rent Court’ then after the ‘Rent Tribunal’.

There is a provision that says that if there are any repair works to be undertaken because of which supply of any essential utility can be disrupted then 24-hour prior notice shall be issued for the same.

It is also stated in the act that the landlord or the property manager cannot interrupt the essential supplies to the premises in case of any issue between the parties. The landlord will be liable to undertake activities like structural repairs, except for such which are the result of damage caused by the tenant, painting of doors and whitewashing the wall, plumbing repairs, internal and external electrical wiring, and the other related maintenance.

The two main features of MTA are Rent Authorities and Rent Tribunals or courts.

The following are the roles of the Rent Authority:

The Rent Court is headed by an extra Collector or Additional District Magistrate or officer of comparable rank. He/she is appointed by the District Magistrate or District Collector with the approval of the govt. or the Union Territory administration. While the Rent Tribunal is headed by an area Judge or Additional District Judge, appointed by the State or Union Territory administration in consultation with the jurisdictional supreme court.

Also, the rent courts and tribunals don't follow the procedure as under the Code of Civil Procedure. this means establishes that these courts have complete authority over the rent issues.

Other features of these Rent Court or Tribunal include:

The entire process of functioning within the Rent Court or Tribunal is briefed as follows:

Drawing a contrast between The Previous Rent Control Act and The Model Tenancy Act:

The Old Rent Control Act regulated the Control over rent and protected the tenant from payment of rent more than the standard rent, and also from eviction while The Model Tenants Act provides not only for protection to tenants but also provides for the protection of landowners.

Establishments belonging to the Government were exempted from the rent control laws but no specific provision was present regarding exemption of religious or charitable premises while MTA exempts any sites owned by the Government, religious or charitable institutions, and premises owned by a company, university or organisation given on rent to its employees as part of service contract.

Earlier the standard Rent was based on the value of land and cost of construction when built while in MTA, the rent is the amount agreed between the landlord and the tenant as according to the terms of the agreement.

The Initial Rent Control act was rigid but the MTA is the call for it as it releases the burden on Civil Courts. It is necessary as it shields both, the landowner and the tenant. Quite many landowners violate the right to privacy of their renter by coming to the place unnecessarily. MTA takes care of this issue and further guards the tenant from an unforeseen rise in the rent amount. It also safeguards the landowners from the trepidation of their property being possessed by the tenants unlawfully. The grievance resolution mechanism with a process enabling quick settlement acts as an encouragement for both aggrieved parties.

The Quint: Model Tenancy Act Explained: What Are the New Clauses? (weblink)

Social Security Measures and Benefits For Industry Workers in India

HRM Role and Occupational Health and Safety
7 Points You Must Know About RECYCLING OF SHIPS ACT, 2019