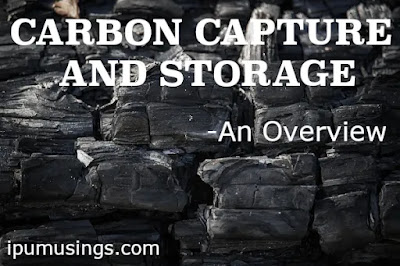 “Today, we are announcing a 1billion dollar “Climate innovation fund” to accelerate the development of carbon reduction and removal technology”

Major government institutions worldwide, tech giants like Microsoft, mass oil producers like ExxonMobil, visionaries like Elon Musk, Airlines like United airlines, and several other institutions and organizations are looking forward into the scientific research and conclusions which are clear that the world now faces an urgent carbon problem. The carbon in our atmosphere has created   gas- traps causing escalation of heat in the environment and is changing the world’s climate drastically as compared to the previous centuries. Already, the planet’s temperature has notably risen. If we don’t limit the carbon emissions, and temperatures continue to climb, the results will be catastrophic.

An intergovernmental report in 2018 (reference no 2) mentioned,” Lowering of carbon emission is not enough in order to limit global warming to 1.5. Many countries considered that a level of global warming close to 2°C would not be safe and, at that time, there was only limited knowledge about the implications of a level of 1.5°C of warming for climate-related risks and in terms of the scale of mitigation ambition and its feasibility. in order to limit global warming to 1.5. we need to actually remove over 100-1000 giga tons of carbon dioxide over the 21st century from the atmosphere. 1.5ºC rather than 2ºC or higher, Every bit of warming matters. This report shows that limiting warming to 1.5ºC can go hand in hand with achieving other global goals such as the Sustainable Development Agenda. Every year matters and every choice matters.

The “Paris agreement- 2015” aims to increase the ability of countries to adapt to the adverse impacts of climate change, and mobilize sufficient finance for the projects under environmental conservation and protection programs. Under this agreement, countries must determine, plan, and regularly report on its contributions. No mechanism forces a country to set specific emission targets. The Paris Agreement is a precedent and landmark in the multilateral climate change process because, for the first time, a binding agreement brings all nations into a common cause to undertake ambitious efforts to combat climate change and adapt to its effects. Still to actually mitigate this situation, not only emissions need to be reduced but also there is a need of capturing the gas already present in the environment.

Carbon removal can be done naturally by improving carbon storage in the soil i.e. ultimately planting trees and adapting more sustainable farming techniques such as crop rotation and improved cattle management, but present circumstances show these ideas might not be enough to counterpart solution. That is why moving towards Engineered solutions to face off this problem seems to be a viable solution.

Several researches are taking place in this field to develop technologies which are economically feasible and reliable. some of the recent technologies in this field include DAC- Direct air capture technology, today the cost of DAC is about 50 times more than the natural ways of tackling with carbon.  Around 300 to 800 dollars per ton of carbon dioxide is required cost in general. Energy for CCS is called an energy penalty. It has been estimated that about 60% of the penalty originates from the capture process, 30% comes from compression of CO₂ while the remaining 10% comes from pumps and fans. Second challenge faced by these technologies is the counter production of carbon dioxide itself if they are consuming more than a certain defined limit, while companies investing in these technologies claim to use renewal energy sources for these technologies to avoid this issue.

According to the Global CCS Institute, in 2020 there was about 40 million tons CO₂ per year capacity of CCS in operation and 50 million tons per year in development. In contrast, the world emits about 38 billion tonnes of CO₂ every year.

Companies are also working on usage of this captured carbon which would make the process further economical. Captured CO₂ can be converted to several products: one group being hydrocarbons, such as methanol, to use as biofuels and other alternative as a renewable sources of energy. Other commercial products include plastics, concrete and reactants for various chemical synthesis. In the UK CCS is under consideration to help with industry and heating decarbonisation. Although CCU (Carbon capture and utilization) does not result in a net carbon positive to the atmosphere it could be beneficial in the future if the Production costs are reduced.

Some of its other uses of could be seen in the EOR i.e. Enhanced oil recovery process, as is used by “Chevron”. but environmentalist argue that this usage of captured carbon will lead to further production of these hydrocarbons and ultimately carbon. Maybe these are reasons very few (less than 20) DAC plants are observed across the world. Researches are also going on to use carbon as an artificial fuel by processing this Carbon with Hydrogen. This artificial fuel shows positive signs of success of this capture technology and could be an excellent  fuel, especially for airplanes. A trial of bio-energy with carbon capture and storage (BECCS) at a wood-fired unit in Drax power station in the UK started in 2019. If successful this could remove one tonn per day of CO₂ from the atmosphere.

While, Technological advancements in this area might prove to be helpful, A substantial change globally could only be observed by implementations of strict policies and introductions of schemes like “Carbon credit system”. some companies like “Shopify” and “Virgin” have already invested in “Carbon credit system”. A carbon credit is a permit that allows the company that holds it to emit a certain amount of carbon-dioxide or other greenhouse gases. One credit permits the emission of a mass equal to one ton of carbon dioxide. The carbon credit is one half of a so-called "cap-and-trade" program.

A broader and quite accepted idea is Carbon trading which includes “Cap and trade system “ in which a certain limit is decided , crossing which emitter have to buy carbon credits whereas a reduced production to carbon could benefit companies by selling those extra credits which will ultimately motivate companies to invest more on renewable energy and capture technologies .An example of carbon  trading market  is the European Union trading market since 2005.This system was quite successful for limiting the production of Sulphur dioxide causing acid rain previously.

The problems faced by the typical Carbon trading markets was the instability of the financial markets as was seen at the time of “The Financial crises of 2009”. These markets too depend upon the capitalization and trading patterns. The price of single carbon credit may vary according to the market condition which creates a sense of insecurities among the companies for the investment in these markets.

THE FUTURE OF CCS

While renewable energy is now widely accepted as the cheapest form of electricity generation, energy demand growth, government growth requirements and the need for a just transition mean fossil fuels will still have a role. But for that to work with climate goals, carbon capture and storage (CCS) technology must be the central idea. The “Direct air capture/storage (DAC)” could be the game changer in the next few years whereas carbon emissions would continue to be a problem when taking into account the number of tons of emission versus capture and storage. hence a sense of awareness regarding the responsibilities to limit these emissions from large industries to each individual needs to be spread by the governments and international institutions.

Harsh Pandey is pursuing his Chemical Engineering at the University School of Chemical Technology(USCT), GGSIP University, Dwarka, Delhi. His main interests are in Carbon Footprinting, Environmental Chemistry and Industrial chemistry.