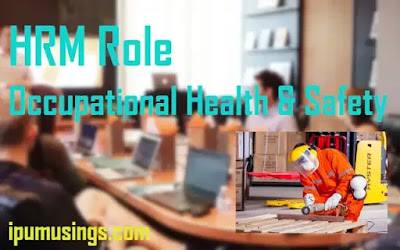 On Sep 24, 2008, the sacked workers of Italian MNC, Graziano barged into the India Unit at Greater Noida (Uttar Pradesh) and the CEO was beaten to death. (Source: Times Of India)
In May 2009, workers at Mahindra’s Nashik plant protested over the suspension of a union leader. Although the strike was called off after 48 hours; however, it led to production loss of Rs 325 crore.
From 2014 to 2017, 8,004 such incidents occurred in Indian workplaces killing 6,368 employees. Most such incidents took place in Delhi, Maharashtra and Rajasthan. (Source: The Hindu)
Thousands of employees throughout the world lose their fingers, eyes, limbs, and their lives, every day due to occupational hazards, industry violence and accidents.
Human resources professionals play an important role in ensuring employee health and safety of the employees at the workplace. To ensure industrial safety and eliminate the causes of accidents is not only the moral obligation but also a legal requirement.
In order to meet these responsibilities, human resources professionals must:
● Understand the health and safety responsibilities of employers, managers, supervisors and employees within the organization.
● Execute personnel management policies to ensure that employees in the workplace are aware of their responsibilities.
● Implement and conduct safety programmes that deal with the prevention of accidents and with minimising the resulting loss and damage to persons and property. Managers can decide whether a safety programme will be formal or informal.
● Formulate general guidelines for integrating workplace health and safety in human resources management practices.
● Establish administrative procedures that encourage employees to report unsafe conditions and unsafe practices to their supervisors without fear of being disciplined.
● Helping reduce costs associated with losses due to absenteeism injuries, Workers' Compensation, disability, and health care.
● Manage Employment health & safety records
A few laws in India relating to health, safety and environment are listed below:
• The Factories Act, 1948 (amended in 1987 and 2001).
• The Mines Act, 1952.
• The Oilfields (Regulation and Development) Act, 1948.
• The Dock Workers (Safety, Health and Welfare) Act, 1986.
• The Indian Boilers Act, 1923 (amended in 1986).
• The Building and Other Construction Workers (Regulation of Employment and Conditions of Service) Act, 1996.
• The Dangerous Machines (Regulation) Act, 1983.
• The Motor Transport Workers Act, 1961 (amended in 1986).
• The Plantation Labour Act, 1951 (amended in 1982).
• The Beedi & Cigar Workers (Conditions of Employment) Act, 1966 (amended in 1993).
• The Shops and Commercial Establishments Acts enacted by respective state governments.
• The Explosives Act, 1884 (amended in 1983).
• The Inflammable Substances Act, 1952.
• The Environment Protection Act, 1986 (amended in 1991).
• The Water (Prevention and Control of Pollution) Act, 1974 (amended in 1988).
• The Water (Prevention and Control of Pollution) Cess Act, 1977 (amended in 2003).
• The Air (Prevention and Control of Pollution) Act, 1981 (amended in 1987).
• The Public Liability Insurance Act, 1991 (amended in 1992).
• The Motor Vehicles Act, 1988 (amended in 2001, 2019).
• The Atomic Energy Act, 1962 (amended in 1987),  The Atomic Energy (Radiation Protection) Rules, 2004
• The Insecticides Act, 1968 (amended in 2000).
• The Electricity Act, 2003 (replaced The Indian Electricity Act, 1910, amended in 2007).
• The Disaster Management Act, 2005.
• The Energy Conservation Act, 2001.
• The Solid Waste Management Rules, 2016 [Suppressed the Municipal Solid Wastes (Management & Handling) Rules, 2000]
• The Ozone Depleting Substances (Regulation & Control) Rules, 2000 (amended 2007)
• The E-Waste (Management) Rules, 2016 w.e.f 1st October 2016 [Suppressed the E-waste Management and Handling Rules, 2011]
• The National Green Tribunal Act, 2010

Neha Choudhary is pursuing her BBA LLB from Guru Gobind Singh Indraprastha University, Delhi. She wants to pursue her career in Criminology and Cyber laws.

Social Security Measures and Benefits For Industry Workers in India
Posted by www.eduvictors.in at 06:35